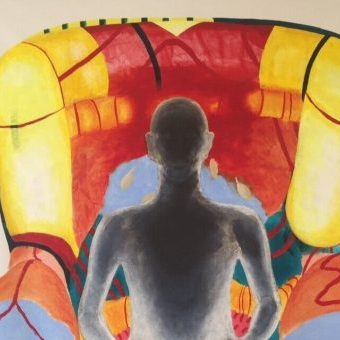 A selection of artwork by German artist Susanne Muel will be on display in the Rotunda Gallery, including oil paintings, lithographs, etchings, and photography. Muel had an international career as an artist, exhibiting and working in Berlin, New York, Poland, London, Tokyo and Ulm, Germany.

Susanne Muel was born in the Southern German city of Stuttgart, where she later studied art and art history at the Academy of Art. She spent one year at the Academy of Art in Vienna, and studied at the Croydon College of Art in London on a DAAD grant. The following year she attended the Brooklyn Museum of Art School in New York on a Max Beckmann scholarship. In New York, Muel worked at the Bob Blackburn print studio developing her skills as a master printer. Following a short stint in Stuttgart, she worked and lived in Berlin for four years, before returning to New York City in 1985. She had numerous solo exhibitions in New York, Brooklyn, Poland, Stuttgart, Berlin and at the Ulm Museum. In 1992 she fell ill with Chronic Fatigue Syndrome and moved to San Diego until her death on January 7, 2020.