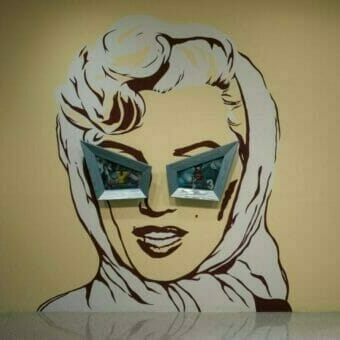 Alexis Smith: The American Way is the first retrospective of the California artist in thirty years. Smith’s collages combine found texts, images, and objects to underscore and exaggerate how we are shaped by the media and culture that surround us. With her signature sense of humor, Smith turns a keen eye to literature, movies, and pop culture to scrutinize the myth of the American Dream. Themes of self-invention and reinvention are at the center of many of these narratives, whether they concern questions of identity and the roles of women in U.S. society, or criticisms of the pretenses of wealth and class. Situated alongside movements of Conceptual and Pop art and shaped by the Feminist movements of the 1970s, Smith’s extensive work in collage provokes critical thought about the reality of contemporary American culture.