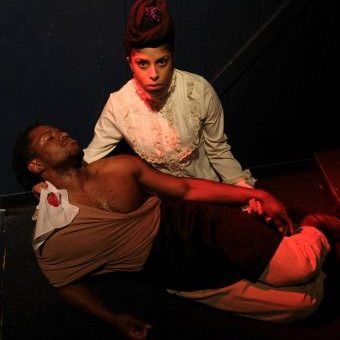 Set in contemporary Harlem, in what could be a prelude to Shakespeare’s Othello, Djanet Sear’s Harlem Duet recounts the story of Othello and his first wife, Billie (before Desdemona). Their history is told through the lives of three couples during eras of special significance in the Black American Experience, the 1860s, 1928 and the present. Set in contemporary Harlem at the corner of Martin Luther King and Malcolm X Boulevards, the tale tows the line of racial identity, sexual politics, and mental illness in the black community. Sears’ script diffuses the action through three timelines: the 1860s, 1928 and the present. It’s a weighty play, and one that leaves us with no easy answers. Harlem Duet received Canada’s highest literary honor for dramatic writing, the Governor General’s Literary Award, in 1998. That year it also received the Floyd S. Chalmers Canadian Play Award. Produced by the Coronado Playhouse.