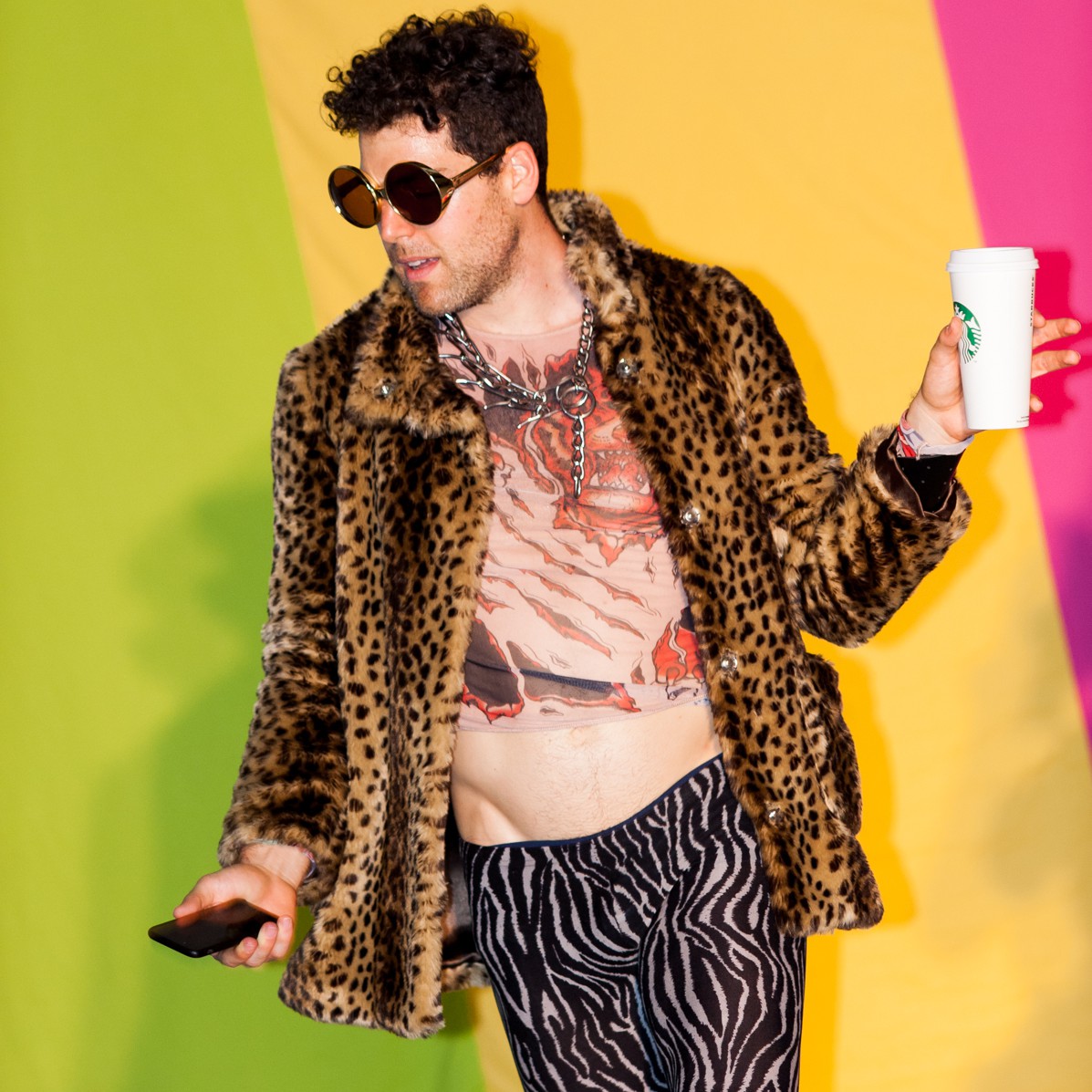 This Land Is Your Land

Hearing that This Land Is Your Land is not a traditional dance and that it touches on issues of “consumerism and corporate power”, the dancer in me started wondering if the piece will be interesting and enjoyable for me. How do you address the problem of consumerism with dance, even if it is not a “traditional” one?

Well, it turned out that although a healthy dose of skepticism is always useful, in this particular case, three minutes into the performance all of my doubts disappeared. I started savoring every single moment I was there and got so absorbed by what was happening on stage, I felt that time just flew by… At the end, when the cast was gone, I was left with a desire to see it over and over again while still trying to wrap my head around the whole idea behind it.

As one of the founders of youTurn Contemporary Arts Exhibition Erica Buechner pointed out very precisely: “This work is a combination of the simplicity of expression with the complexity of the idea.” This turns out to be a very exact definition. It is mainly a walking piece that stands somewhere between dance and theatrical artwork. The participants use a huge number of props, like Starbucks cups and toy guns, and are continuously changing their outfits. And all of this happens with the dancers repeating the same walking pattern, not pausing even for a moment. As one country song smoothly transitions into another, so do the dancers’ pace and mood. With the pattern being so simplistic, the audience is subjected to observe every slight change that happens in each of the participants after they show up one after another from behind the multi-colored screen. It feels like an intoxicating game that choreographer Mark Haim created in order to engage everyone and at the same time share his vision of American society.

Seattle choreographer and dancer Mark Haim in the Vanguard Culture interview talked about the “complexity of the idea”, about multiple concepts that lie behind that simple spatial pattern:

“[I wanted to] make the sensation of time disappear. When I was working on this piece, I was thinking a lot about the fact that we are happy, we tend to forget about time. And when we are aware of time, it is generally because we are saturated with the present or just a flow of life. We are less happy when we are thinking about time. I was trying to make the audience lose themselves, not be so aware of the time passing. And then of course, there are more worldly themes that arose just from working on this piece – from the performance, you get the sense of consumerism and waste, fashion and appearance, racial and cultural diversity, and also the concept of identity.”

“[By naming the show This Land Is Your Land] and using country music, I wanted to bring into question – what is America and what is no longer America? You can also see it as “Your” meaning “you – the audience”, their land. The other part of it is that in this country so many people are not taking responsibility for anything and just blaming or counting on everybody else to do the right thing. That was one of the reasons for such a title, as if saying “your land, so YOU take care of it”.”

Mark seemed very excited with the fact that he got “to know more of the San Diego community rather than just a company” as all the participants belong to different dance companies and backgrounds. They put this show on in forty hours, whereas in his previous experiences in Paris, Seattle, Beijing, it has taken two or three months. With Mark’s passion and the enthusiasm of youTurn organizers, dancers and donors, the show was destined for success.

This unconventional and witty performance had full houses on both Friday and Saturday, so don’t miss the chance to see this show on April 10th and 11th in the White Box in NTC. Tickets will go fast, so the best bet is to purchase them in advance at http://youturnarts.com/events.html.