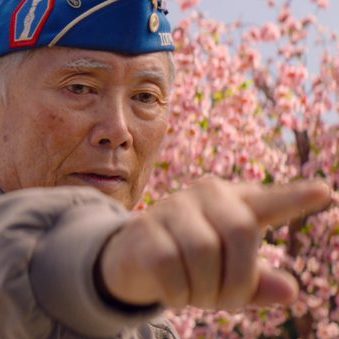 How do you capture the experience of military service? How can you understand what it’s truly like to serve, sacrifice and rebuild your life afterwards? These questions would for the most part remain unanswerable were it not for the storytelling of the military experience through art forms such as literature, photography, music, theatre, and film.

Enter the GI Film Festival San Diego. GIFFSD has created a much-needed and relevant space for this storytelling experience. The GIFFSD is taking place at the Museum of Photographic Arts (Now-Sept. 28), and at UltraStar Cinemas Mission Valley at Hazard Center (from Sept. 29-30). Over six days there will be 34 films shown that are for, about, or by active duty service members or veterans to represent the untold and underrepresented stories that make up our country’s military history.

“This year’s festival lineup covers a range of untold military stories by local and national filmmakers, and veterans with their own stories to tell,” said Jodi Cilley, founder and president of Film Consortium San Diego. “Our county’s military film festival is six days of diverse stories told from many perspectives to exemplify courageous film-making and tell our country’s history. We’re proud to give these underrepresented, powerful stories an opportunity to shine.”

The GIFFSD opened last night with a special screening and film premieres of American and The Registry.

The American is a heartfelt narrative short film which takes you into the experience of Japanese-Americans connecting with their past. The vision of filmmaker Richie Adams, both tender and urgent, honors the vital importance of honoring this “conflicted moment in history.” He employs the artistry of George Takei who portrays a 94 year old veteran with the soul of a man who has seen too much but nevertheless lives with an open heart.

The Japanese-American WWII experience was the perfect beginning for the GIFFSD which strives to bridge the space of the core, human element often skimmed over in pop culture and history books. When asked about the role of the GIFFSD, local veteran Bob Lawrence states, “it allows vets to have their say unfiltered…it’s their perspective, their view and the best thing is that it exposes military culture to a greater audience; not only does it share what the mission is about; it’s a way to feed and capture the warrior spirit.”

The Registry is a documentary short by filmmakers William Kubota and Steve Ozone which follows the experience of Japanese-American veterans who become connected through a database being compiled to document their participation in a secret unit known as the M.I.S. (Military Intelligence Service). The best moment in the documentary is a lesson we all need to relearn. Instead of torture, he opted for actions of human kindness. His daughter is trying to make sense of how he became such a successful interrogator. When asked about why he strayed from traditional interrogation techniques, he replied, “I broke the rules and I was the most successful.”

All Access Passes, general admission tickets for the festival screenings are available now at http://gifilmfestivalsd.org/2018/

All of the events will be open to the public with discounted opportunities for active duty personnel and veterans.