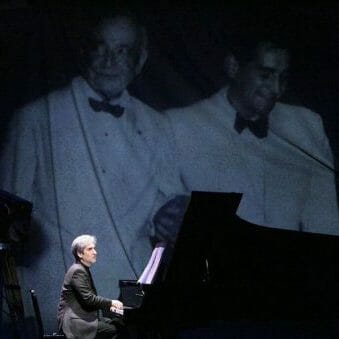 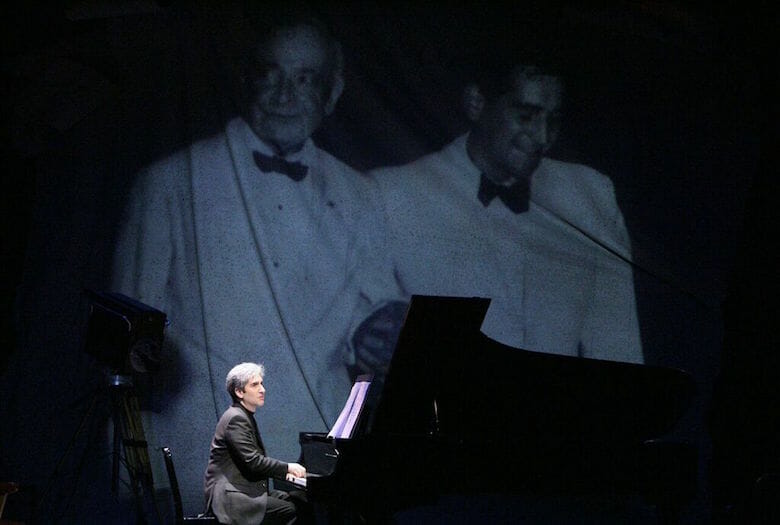 Maestro, is a play that will open in New York Off-Broadway in September of this year. San Diego will have the opportunity to catch a preview of this awaited one man show, next month at the Lyceum Stage, San Diego REPertory Theatre. “San Diego is the place where all of my work is being done lately because, first of all, most of the staff lives in San Diego. It is a wonderful place to be” jokingly explained playwright and actor Hershey Felder himself, in interview with Vanguard Culture.

Playwright and actor for THIS particular piece – Mr. Felder does almost all. Theatergoers will have the opportunity to enjoy his wonderful musicality in Maestro. “For the longest time I wanted a relationship with the REP because I like the things that they do and, I think I can bring some interesting things from my side” added Felder, considering this, a good time to show his latest creation on this side of the country. After great success with the Irving Berlin piece at La Jolla Playhouse, -Leonard Bernstein- is ready to take the stage, sharing the magic that Hershey Felder as a portrayer/ interpreter possesses. “This is such a complicated thing that took me so long to figure out how to do. And here we are, enjoying the one that you do, when you are doing it”. Combining first person narrative and his own music, as well as music that inspired him, Maestro is a tale spanning the entire 20th century. Leonard Bernstein, one of America’s greatest musicians, broke through every artistic ceiling possible to become the world’s musical ambassador. Conductor, composer, pianist, author, teacher, librettist, television star…for Leonard Bernstein, boundaries simply did not exist.

San Diego audiences last saw Maestro at The Old Globe in 2011. The 2016 version is worth watching again… “This is the same character in a different experience. It is a much deeper rendering of what they saw earlier on. It is like seeing an old movie again and learning something new from it, all the time” explained the artist. For those who have not seen it, Mr. Felder, a man who is constantly working and studying, finished the interview by saying: “This, is the story of the man who created the serious American music scene and really, a man who had no boundaries about anything”.

Music by Bernstein, Beethoven, Mahler, Wagner, Copeland, and others…

Tickets range from $60 to $89 and can be purchased in-person at the San Diego REP Box Office, by calling 619-544-1000, or online at www.sdrep.org. Active military, teacher and senior discounts are available. Student tickets are available for all performances for just $20 each. Prices subject to change.