Michael G. Murphy, Managing Director of the Old Globe, shared his thoughts on the power of live theater. To illustrate his point, Murphy told of a woman who contacted him after seeing Dog and Pony, the Old Globe’s current production of a musical comedy. After seeing the show, the woman told Murphy she went home and made a “major life-altering decision”. It is this kind of experience that Murphy says is why he loves his work. He explained that part of the mission of the Old Globe is to educate the community – He used examples of prior productions of The Scottsboro Boys, a musical that went on to Broadway, that was based on actual events and history of the Black experience in the United States, Allegiance, a play about the Japanese Internment Camps which deals with racial issues, and the classic Inherit the Wind, that discusses the universal ongoing debate of evolution vs. creationism. Murphy says the goal of the Old Globe is to bring great theater to San Diego and to bring in productions that are diverse in the types of playwrights, including both classic and contemporary plays, and ones that include racial, ethnic and gender differences. Murphy noted that decisions for what plays to bring in and cultivate are careful collaborations with Artistic Director, Barry Edelstein as well as those responsible for finance, professional training, production and fundraising.

The exciting recent news widely publicized, is that a former Old Globe production of the musical A Gentleman’s Guide to Love and Murder now on Broadway, won 4 Tony Awards last week in New York. Darko Tresnjak, the former Co-Artistic Director at the Old Globe, who also directed the production in San Diego, went on to win a Tony for Best Director of a Musical. Other Tonys for the show were for Best Costume Design by Linda Cho, Best Musical, and Best Book of a Musical by Robert Freedman. The Old Globe is a regional theater has developed a strong national reputation for having the artistic staff, craft shops, and vision to create high-level theater drawing good actors and producers from all over the U.S. and beyond. Murphy also notes that the Old Globe brings in plays that are at all stages of development from second productions of shows, new works, as well as classics that are re-worked for a contemporary spin on universal themes. Murphy urges new theater-goers to go to the theater more than once – see all types of plays from musicals to serious drama, to dance. There are discounts for folks under 30 years of age as well as the Globe’s national participation in Blue Star, a program that offers discounts to members of the military. 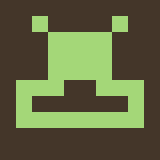