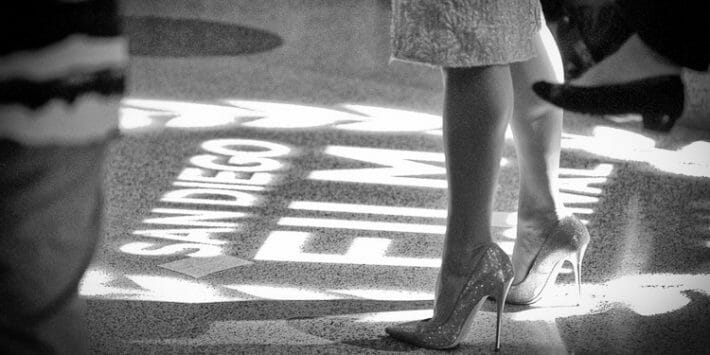 The heart and soul of the San Diego Film Festival is the San Diego Film Foundation whose mission is to support independent filmmaking throughout the year by holding screenings and events, and by teaming up with local schools to mentor and teach filmmaking. Dale Strack, CEO of the foundation believes that bringing this festival to San Diego not only has economic benefits for the hospitality industry, but also helps to build San Diego as a hub for the television and film industry. Strack also notes that the festival highlights San Diego as a potential location for new employers, bringing job opportunities.

This year’s festival hosts over 100 films from emerging and established filmmakers, which were gleaned from among 1500 film submissions from all over the globe – reviewed and selected by the program team headed up by Tonya Mantooth, Vice President and Director of Programming for the festival. The films are diverse – ranging from documentaries to feature films to shorts to animation and foreign films. For audiences interested in behind the scenes conversations, they can select from a variety of panel discussions with filmmakers, critics and actors.

On Thursday September 25th at 7:00 pm, the Museum of Contemporary Art, San Diego will host a special tribute of awards featuring actor Alan Arkin who will receive the Gregory Peck Lifetime Achievement Award and actor Beau Bridges who will receive the Vanguard Cinema Award. Film lovers will have a wide selection of films and events to attend during this exciting four-day festival and when all is said and done they will be given ballots to vote their favorites. For more information, go to: www.sdfilmfest.com