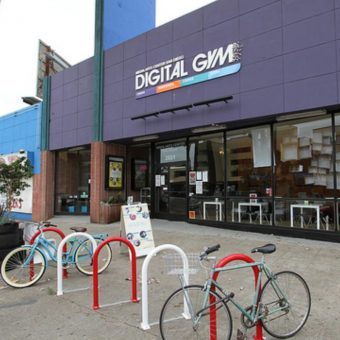 The state of California has been sheltering in place since March 19th, and dozens of creative organizations have opted to go online in order to continue bringing the arts to San Diego residents.

A week prior to shelter-in-place, festivals, museums, galleries, and performing arts spaces were forced to close suddenly in a global attempt to prevent further spreading of COVID 19.

I was assigned to cover the 27th Annual, San Diego Latino Film Festival this year.  The festivities began on February 26th, at Border X Brewing in Barrio Logan. It was a beautiful, crisp, early Spring night in the outdoor patio of Border X Brewery. Twinkle lights were strewn around the patio, music was playing and everyone was hugging and reconnecting. Camera flashes were going off and the fresh smell of tacos lingered in the air. It was as if you walked into your family party and everyone was so excited to see you. Even if they didn’t know you, they hugged you and asked how you were, and that’s what I experienced. I walked into a family. The San Diego Latino Film Festival familia. That evening seems like another world now.

The San Diego Latino Film Festival (SDLFF) is presented and produced by Media Arts Center San Diego, a 501 c(3) non-profit organization. Ethan Van Thillo, Founder and Executive Director for both organizations, stood on the stage and enthusiastically yelled, “¡Que Viva el Cine Latino!” everyone cheered,  whistled and threw their arms in the air.

“We need to get our migrant voices stories out, we need Latino stories out and we need more people to understand the realities of the border other than how the mainstream news portrays it,” he went on to say. Unfortunately, by March 12th, news broke of the virus’ spread around the world and the Latino Film Festival was forced to postpone until further notice. The 27th Annual San Diego Latino Film Festival closed on Opening Night.

And now, while the coronavirus continues to dramatically impact creative businesses, nonprofit arts groups and independent artists; creatives are generously finding innovative ways to bring art into our homes.

While we cannot physically go to the movies right now, Media Arts Center San Diego’s (MCASD), Digital Gym, has begun to release some of the films that were set to be featured in this year’s SD Latino Film Festival. If you have yet to check out Digital Gym, please do so someday. They have great programming for all ages.

Coming up on its 7th year, Digital Gym focuses on supporting youth education through workshops and hands-on classes in film-making for the local youth. The goal as Van Thillo shares, is to “get the kids excited about learning, maybe through technology and film and video, so that it makes them excited about researching their community.”

“We wanted to provide young Latinos growing up, with an opportunity to see accurate and positive portrayals of themselves… that they can be doctors and lawyers and filmmakers.” Van Thillo stated.

Art heals. It brings communities closer, and it reminds us that in the midst of trauma and uncertainty we can continue creating and sharing beauty with one another. Now is the time to support the non-profits that have inspired us through the years.

For a bit of inspiration and to show your support for MACSD, below are two movies recommended by the MACSD team, available for rental with a percentage returning to the nonprofit.

Brazilian thriller, Bacurau. Sônia Braga stars in the genre bending BACURAU, an arrestingly original and explosive film about the citizens of a small Brazilian community who find themselves in a battle for survival when foreign mercenaries invade.

Manohla Dargis of  The New York Times calls, Bacurau, “ Exhilarating. A heart-thumping political allegory that tips its hat to masters like John Carpenter”.

It has also been described as, “a perfect blend of blistering social commentary and illicit genre-flick thrills”, by David Fear, Rolling Stone.

Another must see is a 2020 Oscar Nominee (Best International Feature Film), CORPUS CHRISTI. A reformed criminal is prevented from applying to the seminary after his release, so he dresses as a priest and ministers a small-town parish.

“It’s flawless storytelling, effortlessly played and with a rousing, if bloody, conclusion” says the, Times (UK).

“The result makes for a powerful, deservedly Oscar-nominated drama, and a launching pad for fresh-to-American-audiences young actor Bartosz Bielenia in the soul-contorting lead role.” – Variety

Virtual tickets can be purchased through Digital Gym’s website and the films will be available for viewing from now until April 2. Every week Digital Gym will announce new films that will be released so keep an eye out for new listings. You can sign up to receive emails and stay up to date on new releases HERE.

Media Arts Center San Diego (MACSD), is a 501 c(3) non-profit organization. They are in need of your financial support at this time of crisis. Please consider donating today at: https://www.mightycause.com/story/Macsd or donate via PayPal, by donating to: [email protected]