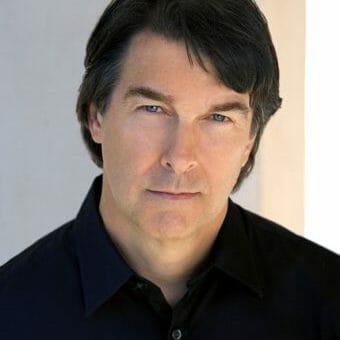 “Galaxy Quest.” “The Brave Little Toaster.” “Matilda.” “The Sandlot.” And Steven Spielberg’s upcoming film remake of “West Side Story.” What do they all have in common? David Newman. He has composed and conducted the scores for all these films. So, while you may not have heard of David Newman, you’ve definitely heard, David Newman.

I recently spoke on the phone with the Academy Award® nominated composer. Who, by his own count, has scored around 130 films. We caught up and he shared some thoughts about music and his work.

David Newman comes from a long line of musicians and composers. From his father, Oscar winning composer, Alfred Newman, who composed the iconic 20th Century Fox theme. To his brother, Academy Award Nominated, Thomas Newman. Who scored “Finding Nemo,” and the 2015 James Bond film “Spectre.” To his cousin, Randy Newman, who scored all “Toy Story” films, and won the Oscar for Best Original Song in 2002 and again in 2011. David Newman, himself, was nominated for an Academy Award in 1997 for “Anastasia,” as Best Animated Score. So, it’s fair to say that music is the family business.

Interestingly enough, David Newman didn’t get into writing film scores until his late twenties. “I worked as a conductor for most of my early twenties,” recalled Newman, primarily in community orchestras, theaters, or wherever he could find it.

Unfortunately, David’s dad, Alfred, died when David was around 15. Still, David states his father has been a huge influence throughout his career. Yet, he began appreciating his father’s work much more after his death. He also cited the operas of Wagner and Debussy as influential and inspirational because of their aesthetics and thematic appeals.

And it’s not hard to see why these musical titans are sources he looks up to, David Newman is a trained musical conductor, having earned a master’s degree from USC in orchestral conducting. A discipline and an art form in it’s own right. So he’s keenly aware of what it takes to lead an orchestra.

When it comes to his creative process, Newman says he can’t afford to have writers block. And, he joked, because, “deadlines, excuse the pun, are deadly.” He also called himself “a terrible procrastinator” which initially took to mean he was really bad at putting off things. But, then he went on to say, “you’re really scared of starting [the project], but you’re even more scared of not finishing it.”

While both Wagner and Debussy’s works generally fall into the category of older and more established concert pieces, Newman believes the influx of younger composers and conductors has led symphonies across the nation to adopt a more holistic and representative approach to ensemble music. More specifically, the performances of popular music and film scores.

Newman sees this incorporation of more modern pieces as a good thing. Partly because removes the barrier, introducing those who otherwise wouldn’t be interested in the realm with something familiar, like a film score. Thus, making symphony and concert music more accessible to newcomers.

Most of us listen to music while we work or go about our lives. I listen to film scores. Nothing makes a drive more epic than “Raiders from the Lost Ark” (i.e., the theme for “Indiana Jones”). Yet, Newman says he can’t do any of that, “because I start listening to the music” and analyzing it.

That resonated with me, since I teach public speaking. So when I watch a presentation, or even a comedy set I start breaking it down… Even my own. (Yes, I’ve recorded one of my presentations and some of my sets.) And you know how most people react when they hear their voice on a recording? That’s how Newman feels about his own work. “Going to a premiere is torture,” because he has to sit and listen to his own work.

That’s what stood out to me, how highly he spoke about his work on “Galaxy Quest.” Saying, that while he doesn’t/can’t watch many of the films he’s worked on, “Galaxy Quest” is one of the few he can enjoy.

The film was so unique studio executives “didn’t know what to do with it,” he recalled. So it became a film made with minimal interference, which is perhaps why “Galaxy Quest” is one of the projects and collaborations he looks upon the most fondly.

Despite Newman’s personal affinity towards “Galaxy Quest.” His enthusiasm for symphonies being more inclusive of popular music. And a move back to his roots as a conductor. Newman is still “terrified” to perform his own piece, live the way it was intended to be heard. Understandably, so, because as he mentioned he wrote the music and he’s conducting it. Thus, he feels like he’d be the only one responsible should expectations fall short or something go awry. But he shouldn’t be, he’s trained to do it. He’s done it before. And while David Newman won’t be able to stop the music if something goes wrong, like he can in the studio. That’s precisely why you should definitely stop by, because this isn’t in the studio. As such, you’ll have the rare opportunity to see an Oscar-nominated musician conduct the score he wrote. How often do you get to do that?