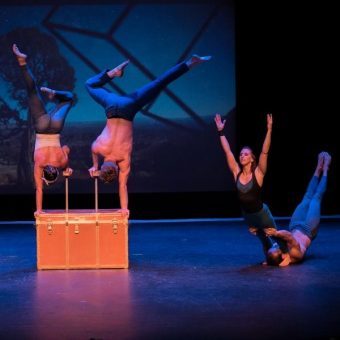 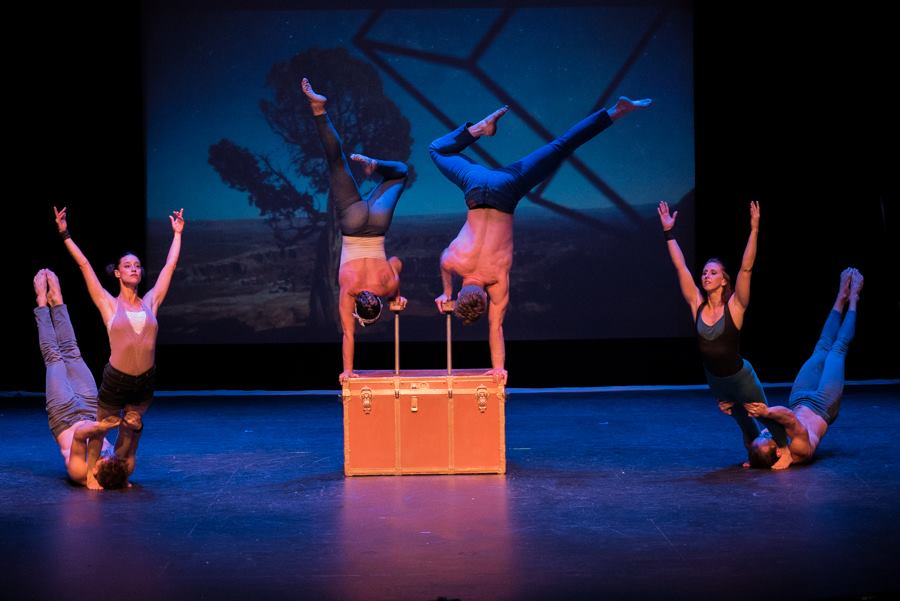 The Sixth annual San Diego International Fringe Festival comes out swinging the end of this week with a full schedule of shows spread out over 11 days. Weekend shows start as early as 12 pm with most venues scheduled until 10:30 pm. Not sure where to begin? Below are some weekend picks for you to consider.

Dance is a big deal at the Fringe and dance enthusiasts are in for a treat this year.  Le Moana Limited returns from New Zealand with more stories about the Maori experience in “Fatu No Toto.” Le Moana wowed audiences two years ago with their stunning story of how the 1918 Influenza Epidemic affected New Zealand, told through beautifully presented traditional Maori dance and song. Their shows sold out two years ago during their first run at the San Diego Fringe and this year promises to be the same.

Nations of Dance is also a popular favorite and features an astonishing array of traditional dance performed by local performance groups, a testimony to the diversity of San Diego. It’s a long show, so be prepared to spend at least two hours with the group.

A new group, also with local ties, makes their debut at the Fringe this weekend. “Mesa Moves” features 40 dancers from Mesa Community College dancing to choreography by Mesa faculty members. They looked great in previews and should be even stronger in their show.

Fringe has a lot of one-person shows, and several coming up this weekend look particularly good. Ingrid Garner returns with the next chapter of “Eleanor’s Story,” about her grandmother who, as a young American girl, gets caught in Nazi Berlin, where her father had gone for a job.  Fringe audiences last year found Garner’s performance deeply moving and her shows sold out quickly. This year, in “Home is the Stranger,” Eleanor has survived Nazi Berlin, but will she survive American high school? Find out, but get your tickets early.

Michael Burgos may have one of the most expressive faces in the Fringe this year. While the show is titled “The Eulogy,” it is anything but maudlin. Burgos’s Chaplinesque sense of timing is hilarious and his seamless switching from little child to adult to the defunct Tomas will keep you on the edge of your seat.

Hirata’s “The Jap Box,” is a mix of memory and magic that explores American identity. Martinez-based magician Hirata combines the story of Japanese magician Namigoro Sumidagawa, the first Japanese to be given a passport to visit the West in 1866, and his own family history to explore of what it means to be Asian American in a nation that interned its nationals during WWII.

World War II and its echoes in the present hangs over Asian Story Theatre’s production of “There and Home Again: More Stories from the Sun Café.”  Based on reminiscences of San Diego’s Japanese/Japanese-American community- every single one of whom were interned during WWII, the show is in turns funny, poignant, and very, very timely.

Another local group, a clear Fringe favorite, is back again with magnificent voices and some sharp dialogue in their specialty, musical mash-ups. Turning Tydes gained a devoted following at the 2016 Fringe with their brilliant “Phantom of the Empire,” and now they take on another pair of beloved classics, “Wicked” and “Harry Potter” in “Wicked Wizards: A Potter Parody.”  Can Ron carry a tune? Will Hermione hit her high notes (and how!)?  Be sure not to miss one of the most popular ensembles to hit the San Diego Fringe.

Of Acrobats and Burlesque

One of the most popular acrobatic duos, A Little Bit Off (ALBO), is back with their brilliant combination of charming acrobatics and cheeky story-line. Last year ALBO won the New Zealand Fringe Tour Ready Award. Now back from their run in New Zealand, ALBO returns with a new show, “Bad Habits.” Expect hovering sisters, not a few bad habits, and a lot of high jinks.

A local aerial circus group to keep in mind is the San Diego Circus Collective, back with their new show, “Xylem and Phloem.”  The Collective specializes in stunning aerials and great storylines punctuated by gorgeous movement. This year’s theme- TV and American culture, promises to be a provocative look at an American past time.

Burlesque is as old as the circus and can be just as precise and skilled as aerialists. Two of San Diego’s best troupes, The Vaudeville Vixens and The Hoop Unit combine circus, burlesque and hoops to create a sexy, fun show, “Circles and Curves.” While a great show, it comes with a caveat- the beautiful costumes don’t stay on for long.

As Bi-National Fringe Director Sylvia Enrique points out, the San Diego International Fringe is the only Fringe Festival that is truly bi-national. This weekend, take a trip over the border to Pasaje Rodriguez in the Zona Centro Avenida Revolucion, a major venue for art galleries, art studios and cafes- one of the most happening arts spaces on either side of the border. Your best bet is to take the trolley and then walk over the border and follow the map in your program. Or, if you fear getting lost, hail one of Tijuana’s excellent and inexpensive taxis and plan to catch as many of the Fringe shows as possible.

Where there are big Fringers, little Fringers are sure to follow. Since enthusiasm for art knows no age, the San Diego Fringe has a free Family Fringe Day, Sunday, June 24, in Balboa Park in the area of the Starlight Bowl. The festivities run from 10 am to 2pm and little Fringers can take photos, make a mask, paint, play music and hang out with many of this year’s performance artists.

And that is just for this weekend! The San Diego Internal Fringe Festival keeps going strong until July 1 with new performance starting their run during the week. For more information visit: https://sdfringe.org/