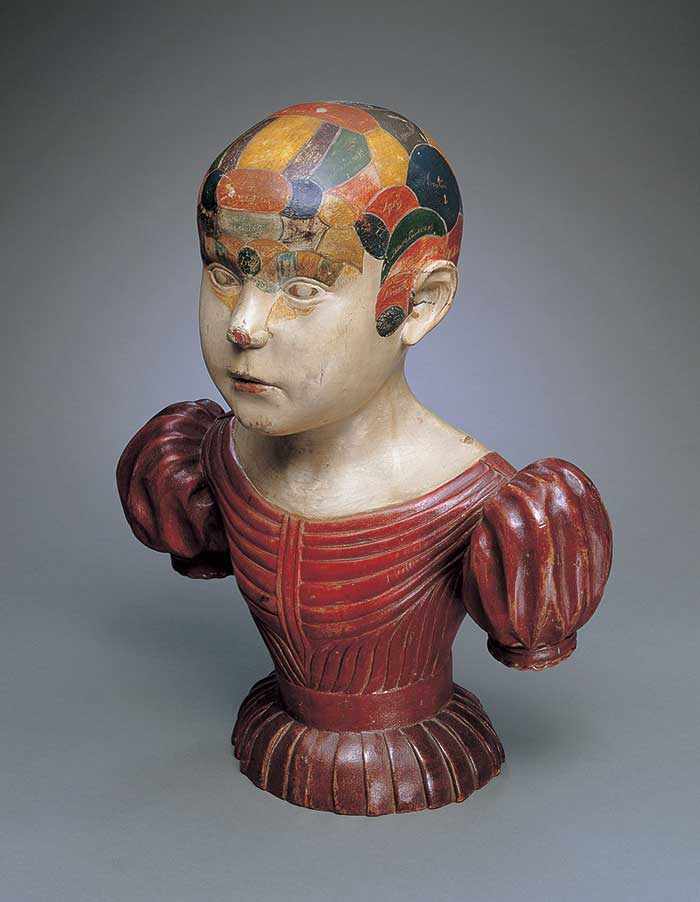 Geniuses In Our Midst: “Self-Taught Genius” and the Friday Night Film Series

The United States has been a DIY country from its inception, a practiced aesthetic that goes beyond Martha Stewart’s smooth appropriation of family crafts and traditions. At almost any point in our history, the idea of making for yourself has encompassed almost every domestic object, wearable textile and decorative piece. Think Amish barn and house raisings, the quilts made by grandmothers for new babies, to odd shapes whose function is now long lost.

If you haven’t seen “Self-taught Genius” at the Mingei, you’re missing out on an incredible collection of individually crafted objects which date back to the 1700’s and are as recent as five years ago.

Originating in the American Folk Art Museum in New York, the traveling collection has been carefully laid out by the Mingei to allow each piece to breathe and to showcase its unique qualities. The Mingei is the only museum on the West Coast to be chosen to host this astonishing record of developing national consciousness and creativity.

The exhibit lays out the idea that from the beginning, the US, a hodgepodge of traditions and beliefs, has had to construct itself. Thus, it suggests that genius is within all of us and at our disposal.

The folk-art on display takes on the idea of the creative self made manifest- in all its ambition and quiet expression. Some of the pieces are grandiose while others are surprisingly simple. Some are charming, some puzzling while others force a double take, but all have a feeling of intense personal participation, of working outside the manufactured commercial norms.

One of the earliest pieces is a breathtaking sideboard by self-taught cabinet maker Titus Albrecht, with remarkable inlay, turned wood pieces in a joyful riot of styles of the mid 1800’s. For it to have survived this long without significant damage is amazing. The detail itself is testimony to long hours spent crafting the turns and twists of the design.

Almost directly across from the Albrecht is another astonishing piece, a towering building made by Italian immigrant Marino Auriti, dubbed the “Encyclopedic Palace.” Auriti, an auto mechanic, spent three years building the edifice at a 1:200 scale, out of materials as diverse as wood, model parts and plastic combs. Auriti imagined his creation as the prototype for a repository of all the learning in the world, a museum to house the knowledge of Man.

Not all the pieces are as ambitious. Some are very humble, chairs, samplers, toys. Many tell the hidden stories of ordinary people trying to express their lives.

On one wall hangs one of the tiniest pictures in the exhibit. Carefully drawn and annotated, it is so small it is easily missed. Housed in a large frame, the simple drawing was meant for private viewing: the remembrance a beloved child who passed early.

Still other pieces tell the story of hidden hands, like those of the magnificent Southern quilts lining one of the walls. Pieces of pride in southern antebellum households, they are likely the work of female house slaves working at the mistress’ behest.

On the other hand, other quilts and assembled objects tell the stories of the post-Civil War. Wildly detailed quilts document the Gullah people on the islands off North Carolina and the Sunday practices of the post-war South. One boldly patterned quilt tells the story of its maker, Jessie Telfar, and African-American woman fired from her job during the Civil Rights movement because she dared to vote.

There are a surprising number of female painters whose work range from the mid-1700’s to the early 2000’s. The earlier works are portraits, charming and sometimes naïve, documenting the young nation’s interest in acquiring art like the upper classes. The latest works, too are testaments, but of a more personal kind.

Interspersed is an astonishing variety of work made by people on their days off, in retirement, out of a compulsion or just for fun. There is a weather vane, a circus panel, furniture, dolls and a sketchbook from a Civil War prison camp. Some pieces are deeply private, like family portraits and mourning pieces while others are exuberantly public, capturing social interactions for all to see.

Still others, like David Drake, an African-American potter, combine the practical with the personal- his pots, prized for their shapes, also carry his messages to their new owners in the form of poetry or snippets of thought.

All of the work in this exhilarating exhibit of American folk art suggests we come by the compulsion to make things naturally- almost a national DNA, resulting in work that ranges from deeply practical like a chair to intensely personal like road signs with thoughts and poetry placed along a freeway to narrate the passing landscape.

The Mingei has taken the exhibit one step further and incorporated beautifully made documentaries of select artists in the collection. The doors open Fridays at 5 pm, and guests are invited to peruse the gallery before the screening and work on art projects inspired by the documentary.

Past documentaries include “In the Realms of the Unreal,” “James Castle: Portrait of an Artist,” and “The Art and Life of Judith Scott,” an autistic artist whose twisted shapes are in cases in the exhibit.

The last documentary screening is Friday, August 14, from 5-7:30 pm. The Mingei will be showing “ A Day with Thorton Dial, Sr.” and “Ralph Fasanella’s America.” Works by both are in the show.

“Self-Taught Genius” runs until August 17 at the Mingei in Balboa Park.