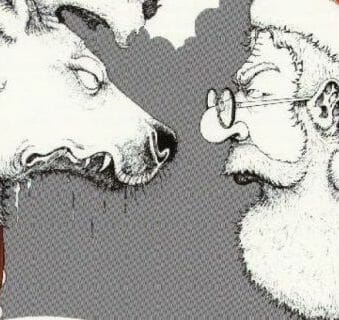 A dark comedy, about eight reindeers that dish about the “real” Santa – causing quite the scandal to erupt at the North Pole. All of those rumors about him and the elves, about Rudolph’s little secret, about Vixen that was leaked to the press? All true. Yes, the reindeer finally speak up and… do not hold back!

North Coast Repertory Theatre added a little ‘spice’ to its reading series by including The Eight: Reindeer Monologues by Jeff Goode on December 16-17 2016, at 10:00 pm. “Artistic Director, David Eisenstein was interested in the show because it is different from what we normally do. Especially for our reading series. It is more adult” shared Director Christopher Williams, in an interview with Vanguard Culture. “It is a reading. The actors will have book in hand but, it is really silly and funny. I think we are opening up a bit more and reaching different audiences”. It is a set of monologues, basically each reindeer is being ‘interviewed’ in regards to an incident that happened with Santa and another reindeer. The actors are not speaking to one another, they are speaking to the audience. “I love when a theater stretches as much as they can, inviting more and more people and different interests. This is not part of our normal season, this is an option for people. I am really excited to do it!”. Added Williams who recently came on board as Associate Artistic Director. “North Coast Repertory is one of the most active theatres in the country. Our calendar is so full, we have so much going on and it is a great testament to the staff and the board.

“There is a purpose to this story and it is very well written. It is very poetic in a sense, it is not just blatancy, curse words or anything like that. In fact, there aren’t many curse words it’s just the attitude behind it. Sure, there is some profanity, yes, but you know, they’re reindeers, they have been doing this for a long time. They have some issues”. – Associate Artistic Director Christopher Williams

Remember this is for adults. It is a 10pm curtain, so invite the friends for a fun night out!