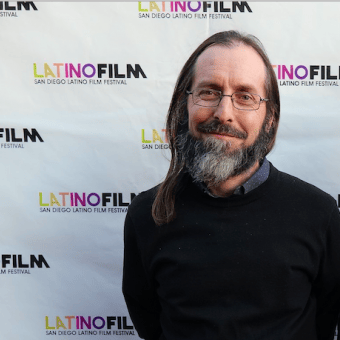 Ethan van Thillo, is over it, and we are here for it.

The San Diego Latino Film Festival is one of the most celebrated Latin film festivals in the country; drawing in over 325,000 viewers; screening over 3,880 films and videos across Latin America and the United States since its first opening night. This fall, the 27th annual film festival will go virtual for the first time in its history from September 17 – 27, 2020.

This past March, just as excitement for the annual festival was mounting, COVID-19 swept across the world.

Cities in every country were forced to quickly implement precautions with mandated sheltering in place and public gatherings cancelled indefinitely including the San Diego Latino Film Festival, which was forced to close on its opening night.

In an effort to stay true to its roots of supporting the Latinx community, van Thillo and the SDLFF decided to go virtual. Latinx communities’ have been disproportionately impacted during this time and the SDLFF’s number one priority is making sure the film festival does its part in reducing and preventing transmission of the COVID-19 virus.

From the safety and comfort of your own home you can indulge in a great selection of films. A full schedule of screenings and events will be published August 14, 2020 on https://sdlatinofilm.com/

Follow along to indulge in all the movies you have been waiting for while connecting with notable film makers during special interviews and Q+A sessions.

The new dates for this years San Diego Latino Film Festival are finally here. Support the directors, actors and the SDLFF by purchasing your virtual passes soon.