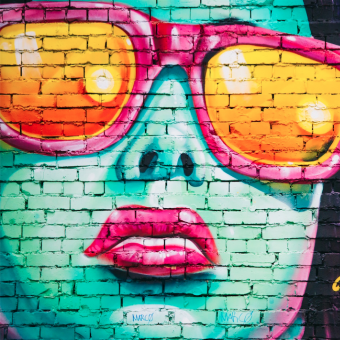 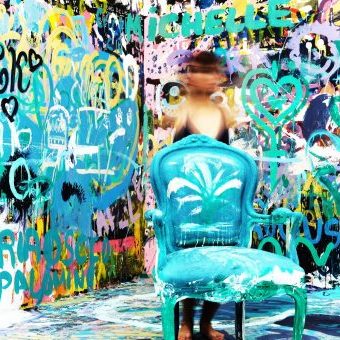 Our team of Advisors is composed of highly connected Creative Industry leaders
who believe in the power of the visual, performing, and culinary arts to bring
people together. Their insight and creative brilliance help us to design unique
and unforgettable programs for the San Diego community. 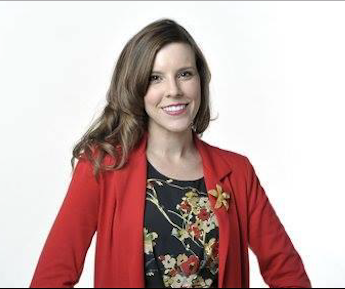 ALLISON ANDREWS is founder and director of Fashion Week San Diego® (FSWD), president of APA Business Consulting and executive director of FAB Authority. A passionate entrepreneur, Andrews founded FSWD in 2007, growing the year-long event to become one of the biggest and most prominent Southern California events, and the only bi-national Fashion Week in the world. Prior to launching FWSD, Andrews founded APA Business Consulting, a consulting firm that supports startups and entrepreneurs with business, brand development, marketing, and sales strategies. She started the company in 2005, at the age of 20. In 2015, she also launched the FAB Authority, a non-for-profit organization, providing resources and events for emerging artists, designers and beauty industry professionals. Andrews’ passion for helping and empowering others is apparent in all that she touches. In addition to her full-time commitments with FWSD, APA Business Consulting, and the FAB Authority, Andrews is an active community member, sitting on the board of several not-for-profit organizations and donating her time to support others. She serves as a Board member and longtime volunteer for Rancho Coastal Humane Society (12 years) and is a volunteer and donor for Love on a Leash pet therapy and St. Paul’s Senior Homes and Services. A recognized and respected industry thought leader, Andrews speaks frequently at various San Diego events, led by professional organizations, as well as local colleges, graduations, networking events, seminars and other fashion events. In 2013, she was selected as a finalist for San Diego Business Journal’s Women Who Mean Business Awards. Andrews holds an Associate of Arts degree in Merchandise Marketing from Fashion Institute of Design and Merchandising and a Bachelor of Science in Organizational Leadership from National University. 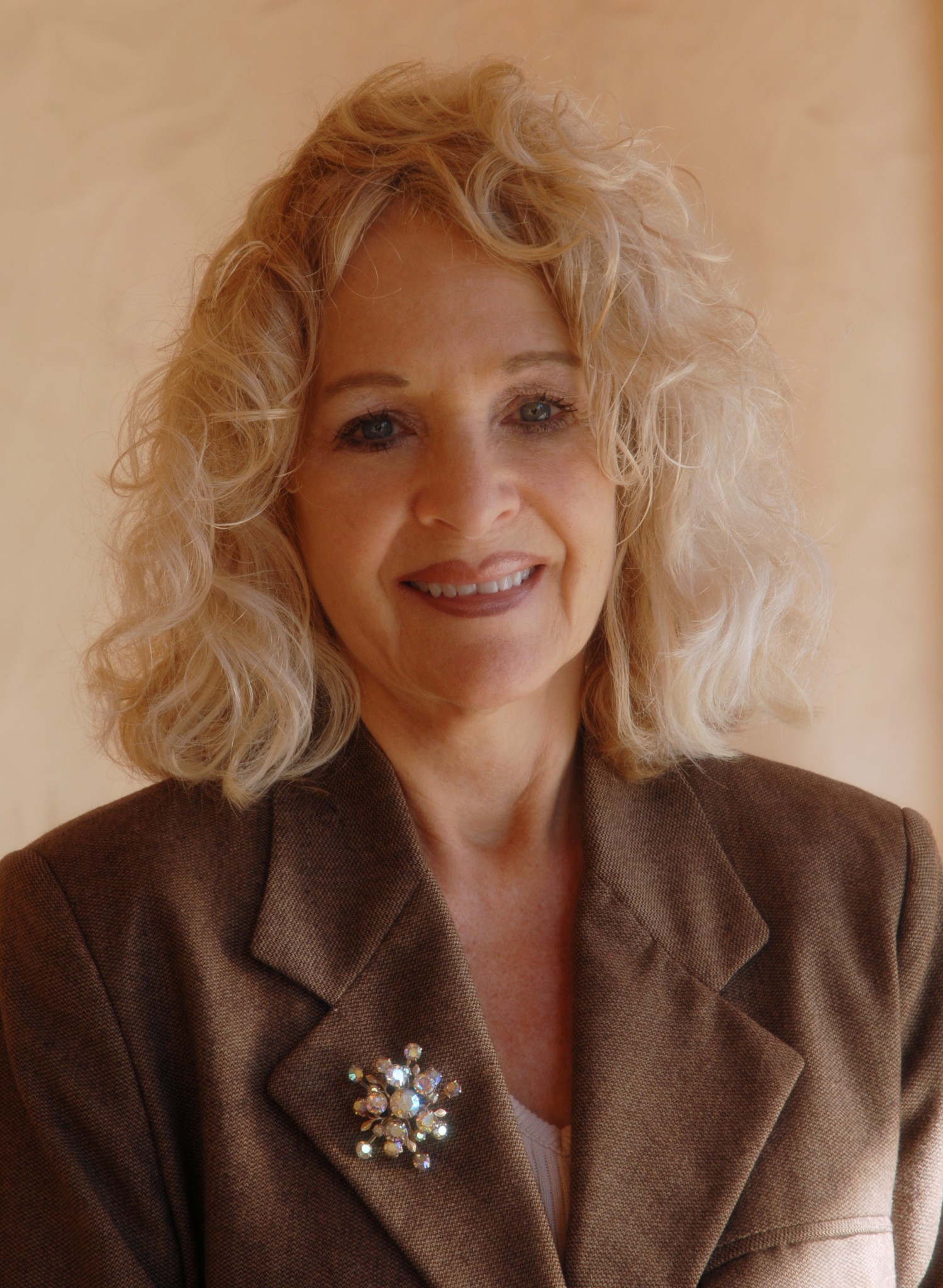 CHARLOTTE CAGAN is a non‐profit executive with extensive experience in organizational development, strategic planning, fundraising, community engagement and institutional revitalization. She has led six nonprofits to achieve their mission, vision, and goals, including an 11-county food bank and a city women’s commission. She has provided leadership for four museums in organizational rejuvenation, financial stabilization, and growth, community engagement, and re-branding.  She has developed strategic alliances, coalitions, and public/private partnerships, and she has a broad range of experience that spans arts and culture, education, human service, business, and government. Cagan has also been a consultant to cultural, educational and business organizations in marketing, fundraising, event planning, strategic planning and organizational development. She has served on numerous nonprofit boards including arts, environmental, human services and leadership development organizations. Cagan has a B.A. in political science, magna cum laude, from Cornell University with post-graduate study at Harvard and Columbia universities as well as continuing studies at Stanford University. 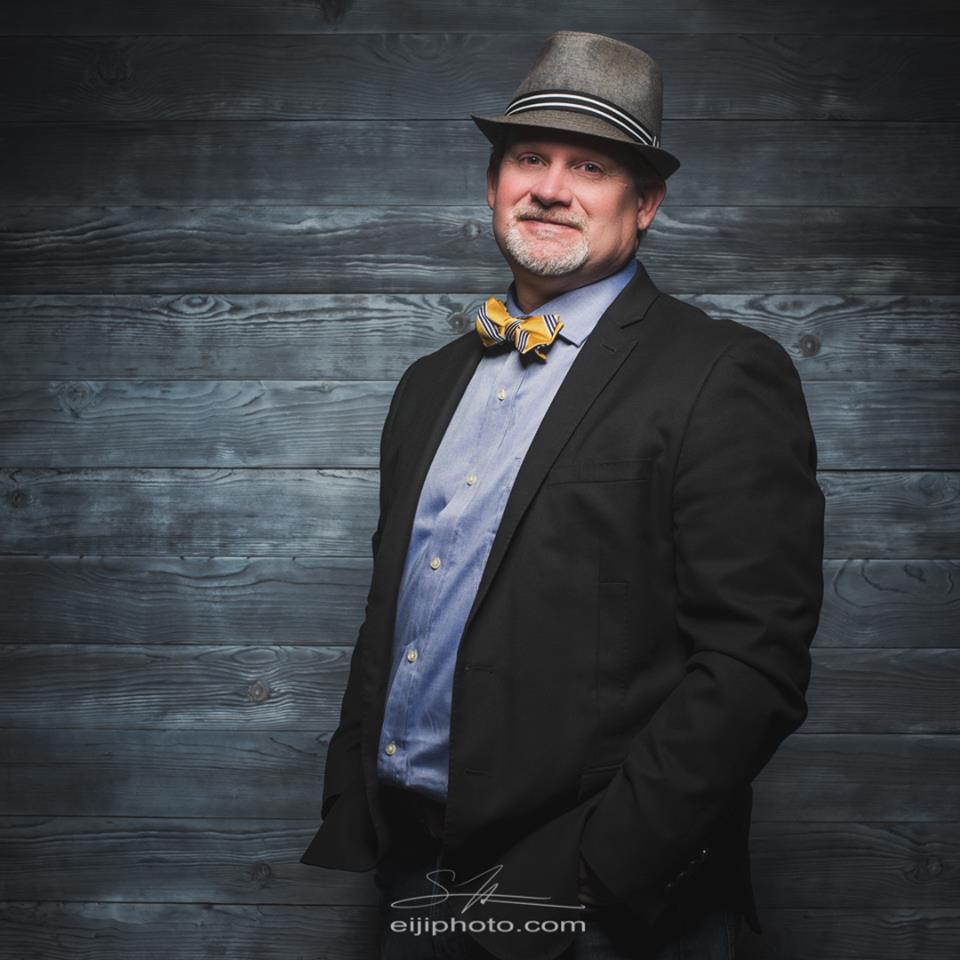 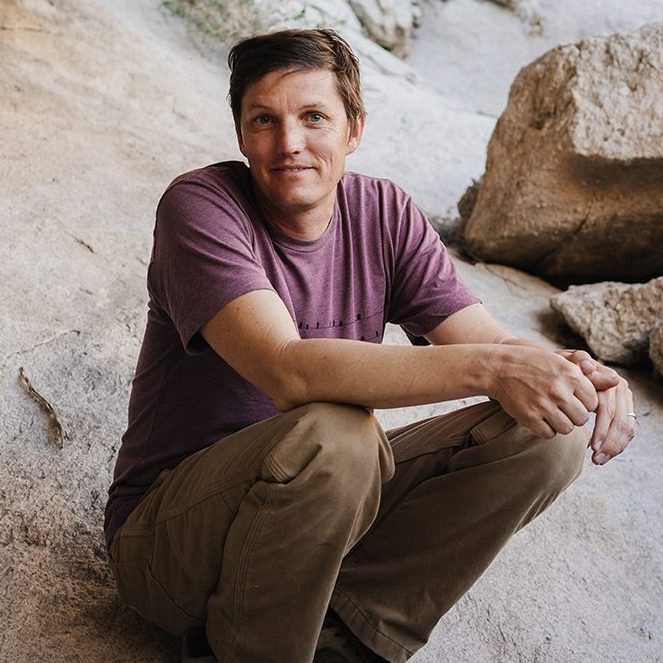 SCOTT B. DAVIS has made photographs that explore unremarkable wilderness corridors and anonymous urban spaces in the American landscape since the 1990’s. A platinum printer for two decades, his night photographs and recent work with platinum paper negatives examine the far ends of the visible spectrum and consider the limits of human perception. His work with large format wooden view cameras (8”x10” up to 16”x20”) facilitates working slowly and affords large-scale negatives used for platinum printing. Scott b. davis’ work has been reviewed in the New York Times, Village Voice, the New Yorker, Los Angeles Times, and other print media. His photographs can be found in the collections of the J. Paul Getty Museum, Pier 24, the Nelson Atkins Museum of Art, the Santa Barbara Museum of Art, Museum of Photographic Arts, and others. davis’s photographs have been exhibited throughout the United States, Europe, and Asia. In 2012 davis founded the Medium Festival of Photography, an annual event that brings emerging and established contemporary photographers to San Diego for four-days of portfolio reviews, artist lectures, exhibitions, and related events. 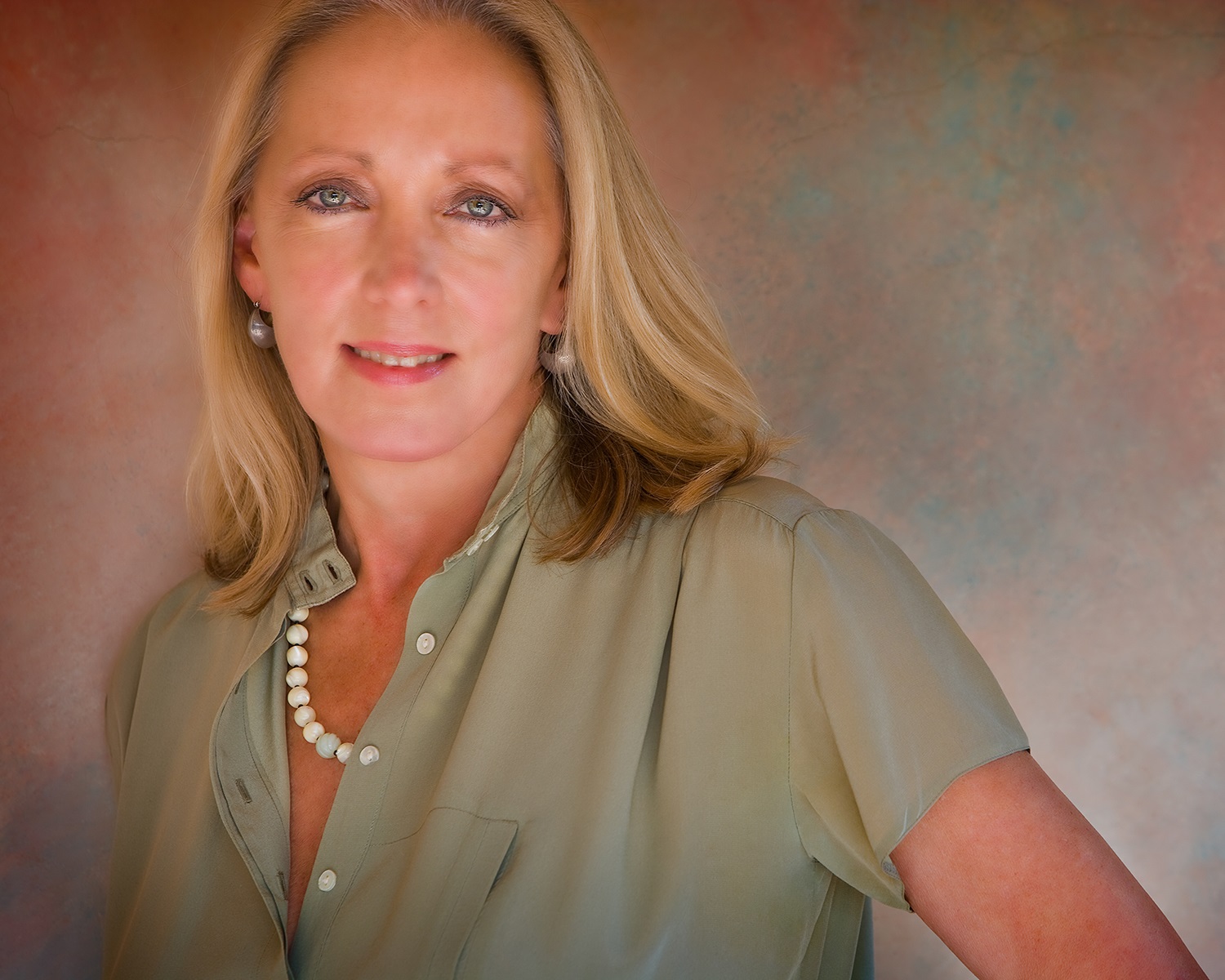 VICTORIA L. HAMILTON serves as the President of the California Arts Advocates / Californians for the Arts. She was the Founding Director of the City of San Diego Commission for Arts and Culture where she led this nationally recognized multi-million dollar local arts agency for 24 years. At the Commission, she achieved unanimous approval of a plan for 2% for public art in capital improvement and 1% in private development as well as for the Penny for the Arts Blueprint for increased arts and culture funding. With over 30 years in the field of arts administration, she is recognized for her pioneering leadership and work on public policy, cultural tourism, grantmaking, arts advocacy and cultural diversity initiatives. Victoria has served as President of the United States Urban Arts Federation and California Assembly of Local Arts Agencies; been a grant panel member for the National Endowment for the Arts, the California Arts Council, San Diego Foundation and the Sacramento Arts and Culture office and on public policy committees at state and national levels. She also serves on the board of directors of the Balboa Park Conservancy and NTC Foundation, and is a member of the San Diego Regional Arts and Culture Coalition Steering Committee, San Diego Arts + Culture Challenge Fund and the San Diego State University Campanile Foundation Arts Committee. She has received numerous local, state and national awards for her work including the Ray Hanley Innovation Award given by the United States Urban Arts Federation for “outstanding individual contributions to arts and culture in American cities,” and the Americans for the Arts Selena Roberts Ottum Award “for outstanding contributions in the local arts agency field.” 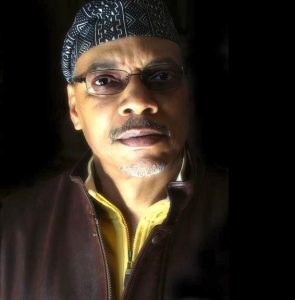 DIEM JONES is a thought leader, poet/musician, multi-disciplinary producer and program designer. He is currently the Executive Director of Murray Grove Association in Lanoka Harbor, NJ as well as CEO of All One Consulting. He is co-founder and past Executive Director of Voices of Our Nations Arts Foundation (VONA). Additionally, he has served as Deputy Director of Arts Council Silicon Valley, program officer at the D.C. Commission on the Arts and Humanities as well as Director of Grants at the Houston Arts Alliance and Administrative Director of East Bay Center for the Performing Arts. Jones was Art Director for George Clinton and the Parliament-Funkadelic. Additionally, he has managed health and wellness practices in California, New Jersey and Philadelphia. Diem Jones has also completed advanced courses in Mind, Body Medicine protocols from the Center for Mind, Body Medicine in Washington, DC. His most recent book, A Big Day: Thawing the Soul, was published in the summer of 2018. Diem’s most recent musical spoken-word CD, “A Spirit of Oui” and his previous CD’s “Equanimity” and “Black Fish Jazz” have been performed with the Equanimity Band at venues throughout the US including the San Jose Jazz Festival. In addition, his photo biography of George Clinton and Parliament-Funkadelic, “#1 Bimini Road”, continues to be a best seller in the ever-expanding fan base of the group. 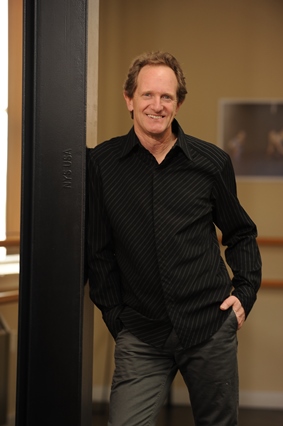 JOHN MALASHOCK brings 35 years of experience in dance, theater and film to his current endeavors as Artistic Director of Malashock Dance & The Malashock Dance School, during which time he has created over 70 choreographic works, dance/theater collaborations, theater and opera productions, and award-winning dance films. John founded Malashock Dance in 1988, after a distinguished performing career.  Under his leadership, Malashock Dance has grown to become one of California’s premiere dance companies and his work has now been presented throughout the United States, Central America, Japan and Central Europe.

With the Tharp Company, he performed worldwide; appeared in the Academy Award-winning film Amadeus; was featured in numerous television specials; and performed in benefit concerts with Mikhail Baryshnikov. Malashock has many notable collaborative credits to his name.  He has choreographed for productions at the La Jolla Playhouse, The Old Globe Theatre, and the San Diego Rep.  His work has been commissioned by the San Diego Symphony, La Jolla Music Society and San Diego Opera. He has garnered four Emmy Awards for his dance films, which have aired on over 30 affiliate PBS stations nationwide.  His recent collaboration with The San Diego Museum of Art, The Floating World, was widely praised.

A leader within the local and national dance communities, Malashock currently serves on the Board of Trustees for Dance USA and is proud to have taken the leadership role in conceiving, developing and establishing Dance Place San Diego at Liberty Station. As an Artist in Residence at the La Jolla Playhouse, John is currently developing a dance musical based on the life, work, and relationships of artist Marc Chagall.

ROB MARLBROUGH is a technology and marketing pro who knows his stuff when it comes to WordPress, site integration, development, and digital marketing. A San Diego Magazine Top Tech Exec Award nominee, Rob started his own web development company in 1997, and today Press Wizards is a leading WordPress services and web hosting provider. He also co-founded Fandom Marketing, a social media marketing agency in 2011, and created Minglestream.com, a Tweetwall service. He also teaches WordPress through the WordPress Web Help Meetup group.

His prior 20 year career in Software Engineering and IT management was most recently with Nik Software (acquired by Google), creators of Apple’s 2011 iPad App of the Year, Snapseed. He was a past board member of AIGA San Diego as Marketing Strategist, and past Event Director on the board of Social Media Club San Diego. 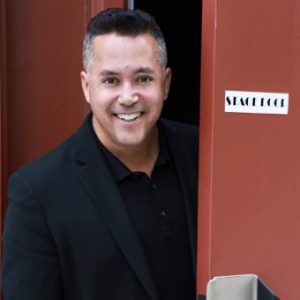 RICHARD P. TRUJILLO is the Artistic Director at San Diego School of Creative and Performing Arts. Under his guidance the arts have flourished into five distinct majors and multiple programs of study preparing students for success at the post-secondary level.  In addition, the SDSCPA has had 18 YoungArts Award winners, received two Craig Noel Awards for Outstanding Resident Musical in partnership with the San Diego Repertory Theatre Company, and was awarded the 2018-2023 Exemplary Arts School Award from the Arts Schools Network.  He served as Multi-district Arts Director for the West Valley Arts Council and presented at several Americans for the Arts National Conferences on this unique systemic change model.  He was nominated for the Governors Arts Award in Arizona for his community partnership with the Herberger Theatre Center while teaching at Herrera School for the Fine Arts.  Mr. Trujillo is a proud member of Actors Equity Association, with over 100 shows to his credit as an actor, director and producer, and UNESCO International Dance Council.