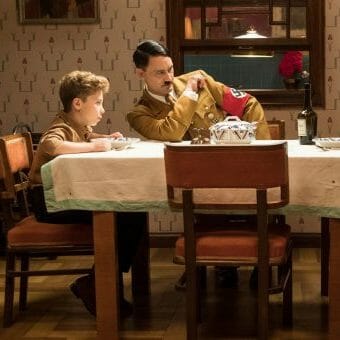 The San Diego International Film Festival is slated to begin soon. Running from October 15 through October 20. So you can get your film fix for six days and across four different locations in San Diego.

Over 3,000 films were submitted and only about 100 were selected to be screened. Some of these films are premiering here for the first time ever! So come along and enjoy quality independent films. You can find the entire film schedule here and festival’s program here.

Opening night will be at the historic Balboa Theater (868 Fourth Avenue, San Diego, CA 92101) on Tuesday October 15. The festival will kick off with the screening of “Jojo Rabbit” by writer and director Taika Waititi who also directed “Thor: Ragnarok” and “Hunt for the Wilderpeople.” Once the film ends you can head on over for the after party at Parq.

The festival will wrap up with two films, “Marriage Story,” directed by Noah Baumbach and starring Scarlett Johansson and Adam Driver; and “A Hidden Life,” directed by Terrence Malick.

In case you were wondering, here are the four locations across which the festival will be taking place…

However, the San Diego International Film Festival also strives to spark conversations with the films it screens. As such, it provides audiences with the rare opportunity to meet and talk to the filmmakers themselves.

Back in 2016, I had the opportunity to interview a few filmmakers in front of the audience after their films were screened. It truly was a gratifying experience, because I got to ask my burning questions on the spot. So if you have ever walked away from a movie feeling like you have more questions than answers, who better to ask than the people who made the film?

However, you might not be the kind of person who likes to sit through a Q&A. Fear not, there will be plenty of opportunities where you can ask or chat with filmmakers one-on-one. Or if you feel confident about grasping the nuances of a film the first time you see it, you can still chat with the movie-makers themselves.

Throughout the six days of the festival, there will be a variety of meet-ups, parties and events (both, formal and informal) where audiences can approach the creators behind the films.

Here are some of those events…

The Night of Stars Tribute, which celebrates and honors “the film industry’s most accomplished actors, directors and filmmakers.” This year’s recipients include Lawrence Fishburn, Pitbull, Jillian Bell, Jared Harris, Lindsay Wagner and Camila Morrone. Previous honorees include Sir Patrick Stewart, Kate Beckinsale and Judd Apatow. This event will take place on Friday October 18 at the Pendry.

The Filmmaker Awards Show and Party, come and join the filmmakers whose work you saw earlier in the week and help recognize their work. Taking place on Saturday October 19 at the Pendry.

The SDIFF runs from October 15 through October 20. For more information visit: https://sdfilmfest.com/