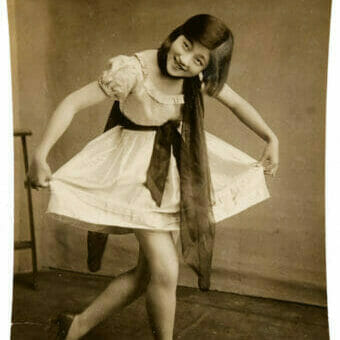 As I entered the press preview for The Space Between: The Modern in Korean Art at LACMA I was surprised to see the large group of mostly Korean journalists. An unusual large gathering since Covid, I was struck with the enthusiasm and anticipation emanating from the crowd waiting to see the exhibition and for comments from Executive Director Michael Govan, Bummo Youn, Director of the National Museum of Modern and Contemporary Art, Korea and LACMA Associate Curator of Korean Art Dr. Virginia Moon.

The first exhibition of its’ kind outside of Korea, the 88 artists and 130 paintings, drawings, sculptures and photographs featured are from the Modern period of Korea from the last dynasty (Joseon (1392-1910),  the contemporary period (the 35 years of the Japanese colonial period) and the Korean War (1950-53). This is the second in a series in partnership with Hyundai and the Hyundai Project, and Korean Art Scholarship Initiative, a global exploration of traditional and contemporary Korean art.

The exhibition is organized into 5 sections: Modern Encounter, Modern Response, Modern Momentum, The Pageantry of Sinyeoseong (New Woman) and Evolving into the Contemporary. Historically, the drawings and photographs reflect the realization that in the early 20th century the belief that Korea should modernize, and photographers were brought to Korea from Japan invited by the imperial family to document the changes, affecting the ways traditional ink painters approached their artmaking.

During Japan’s colonization of Korea (1910-45) though traditional arts continued, art students only had access to art schools and new styles from Japan. Passing through the exhibition, we see evidence of how these Korean artists were experimenting with Japanese and European painting techniques in search of their own style.  Also evident was a new type of feminism in women expressing the idea that if women were educated they would strengthen future generations. Sadly, this concept was not supported by male-oriented Confucian based society. The new female Sinyeoseong look is highlighted in artist Shin Nak Kyun’s 1930 portrait of Choi Seunghui, which continues to be the most printed photograph in Korean history. From 1945 onward, we see artworks that are evidence of the influences of European Expressionism and Cubism.

The exhibition is a study in the evolution of mediums, styles, subject matters and techniques and the challenges faced  with individual and cultural identity, nationalism, post-colonialism and modernity. The Space Between: The Modern in Korean Art is a teachable moment and a fascinating one for those of us unfamiliar with Korean history, Korean art and how history and culture shapes the process by which artists evolve. To learn more visit www.lacma.org